Hot House says: Rex Cameron is giving a sports massage to Arad Winwin after a long, hard workout. Arad is oiled up on the table as Rex works his muscles with a deep tissue massage. All the work from Rex’s strong hands is getting Arad worked up.

It’s hard for him to relax as Rex works his way down Arad’s bulging body. Rex can see that Arad has popped a boner that’s splayed out on the table like a tail between his legs.

Rex adds a bit more oil and rubs it into Arad’s pecs without losing sight of the big hard cock that’s throbbing just below his abs. As Rex goes down on his client, Arad enjoys every second of the royal treatment and flexes his muscles to get Rex even more horned up and ready for the next step.

Rex peels off his gym clothes and gets on his knees to take Arad’s stiff one even further down his throat. Arad face fucks his massage therapist and fills his mouth and throat with his hard cock. Ready to go a bit further, Arad bends Rex over the massage table to lick his smooth, tight ass. 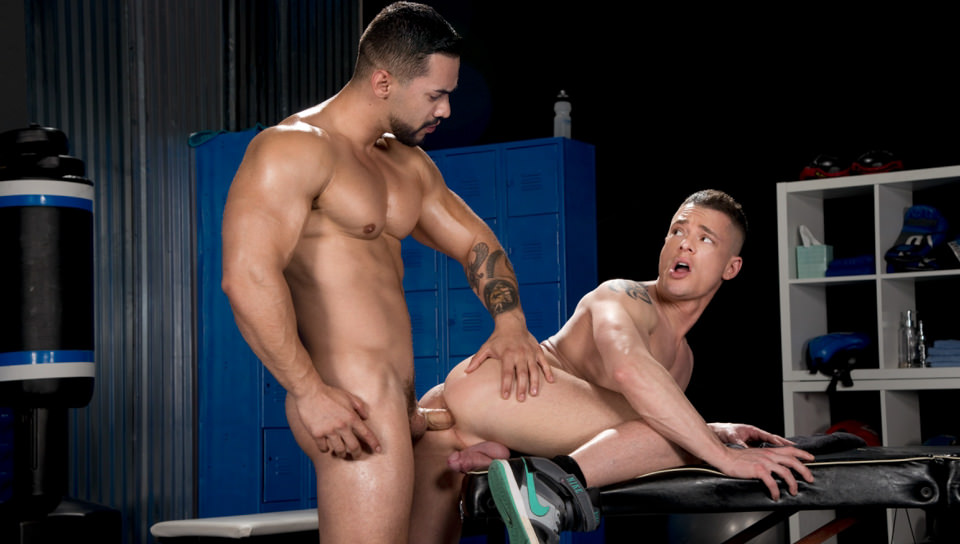