Hot House says: Entranced with animalistic instincts, Sean Zevran and Beaux Banks crawl towards each other on the floor of a dimly-lit room.

Both hunks are ready for fun and Sean is already hard as a rock, knowing that he’s going to get a piece of Beaux.

Beaux can see that Sean is ready and he doesn’t waste a second before he reaches down and takes Sean’s massive piece of meat into his mouth.

Sean likes the look and feel of Beaux servicing his cock and slips a finger or two into Beaux’s smooth, tight ass.

It’s not long before Sean bends the muscle stud over to lick his bubble butt, getting it ready for his big dick. Beaux begs for Sean to fuck him and then offers up his ass for Sean to slip inside.

Sean knows an invitation when he sees one and sticks his big cock into Beaux’s asshole. He pumps the young hung stud, going as deep as he can, moaning out and enjoining every inch of hole his cock can bore.

The guys mix up the positions for maximum pleasure until Sean pulls out and lets his cock explode all over Beaux’s hot ass and tight muscled up back. 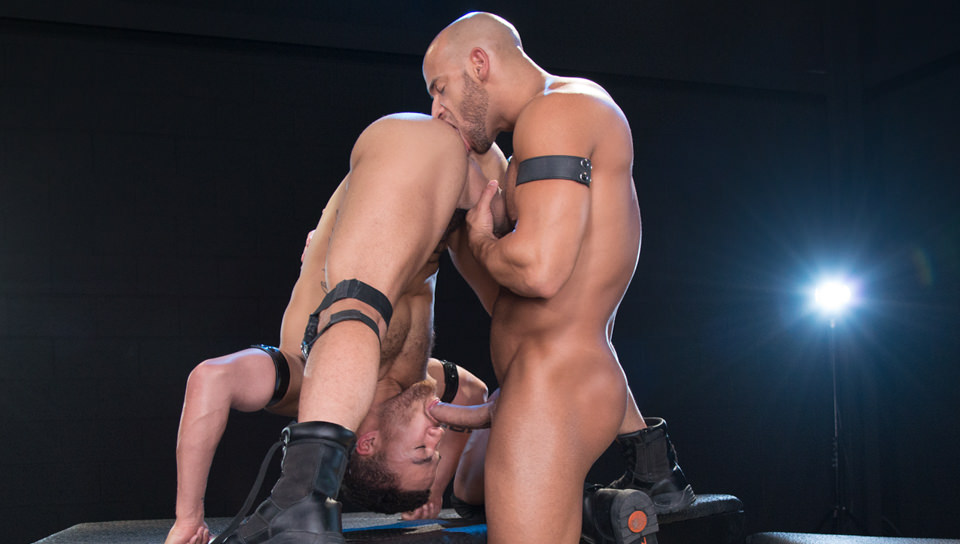